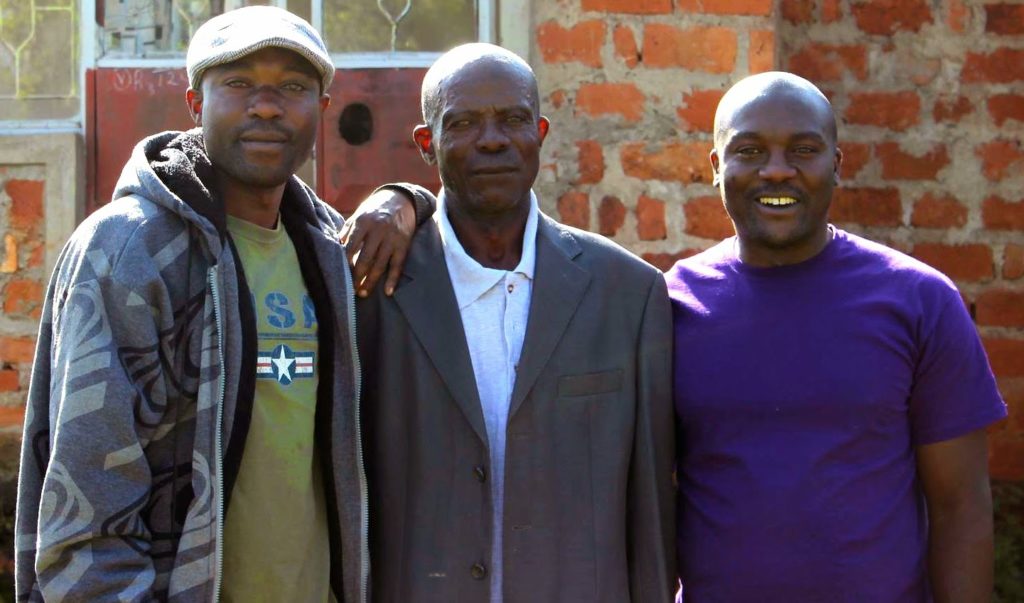 My father isn’t the greatest dad on earth

It is amazing on Father’s Day to read dedications, particularly on social media of how majority of people glorified, adored and almost worshipped their fathers.

“Dad, you are the best father on earth,” some even boldly proclaimed to the world.

During this times, I am perhaps the only one who don’t tweet how my father is the greatest dad on earth. My silence is noticeably and undoubtedly loud. In fact, suffice for me to even confess that mostly during Father’s Day I don’t even make an effort to call my dad, leave alone wish him a happy father’s day. And just for the record, my father is still alive and kicking. Well, before I open my heart and talk about my father, let me give you a brief background of where I’m coming from with this juxposition.

When I was five years old. I adored my father. To me, he was the best father. He always had answers to my stupid questions (read I was convinced he knew everything). He was patient with me and was very loving (read he ensured we eat meat once a week).

When I turned 10, my father was the greatest. He was a smart farmer, a wise husband and a role model to me. When I hit 15, my perception of dad began to swiftly change. I slowly began to realize that he didn’t know everything and wasn’t after all the greatest dad.

When I turned 18, full of adolescent raging hormones. I began to despise my father. Suddenly I considered him old fashioned – an old man who didn’t know much about the world.

When I turned 25. I began to realize that I only had one dad on earth and whether I despise him or not, he was still my father. I began to realize how he had denied himself the finest things in life and a lavish lifestyle to ensure that I went to the best school and got the best education.

I realized that the best gift dad could ever have given me was to deny himself the pleasures of the world and material things to ensure that I got educated. I realized that he may not have been the richest dad, but he gave me the best gift – education. Steadily I began appreciating him in little ways, the greatest being working very hard in campus to make him proud.

When I turned 30. I began to realize just how much my father loved and cared for his family. He may not have been the perfect dad. Of course he had and still has his weaknesses, but he tried his best to raise his children the best way he could. Without exaggerating, my father has always been there for us. He may not have known how to express his love by splashing us with fancy gifts – but he unconditionally splashed us with love and care.

Well, I will be turning 37 soon, and as I look back, I cannot help but thank God for my father. God knows – I’m who I’m today because of my father. He ensured that my upbringing was rooted in moral uprightness, hard work, respect for others, and more importantly the fear of God, and that has been my foundation to success.

He may not have owned or driven a car. But every time I travel home and carry him in my car (he likes sitting in the co-driver seat and put his elbow on the window) – the total self-satisfaction and smile on his old rugged face is – priceless.

I won’t tweet and shout to the whole world how he’s the greatest dad on earth, because truth be told – he is not and he will never be. However, when I look in his eyes, I know my father loves his family. He may never have dreamt of taking his children abroad for holiday (the best he could do was take us to Kitale ASK show).

But over and above, he did his very best to raise us. Undeniably, all you have to do is look at the likes of me to see the footprint and the masterpiece of my father’s love and sacrifices.

For those who know my father, perhaps some may spend ages to detail how he has never amounted to anything. How he wasted his prime in alcoholism and so forth. Others may describe him as a reserved and shy person who perhaps lacks ambition and drive for life. Be it as it may, as his beloved son – I’m proud of my father. He had and still has his weakness (so do all dads) – but I’m glad he’s my father.

Just before I wrote this Note, I called him up and told him I’m proud he’s my father, and I’m grateful for all the sacrifices he made to ensure that I get the best foundation for success in life. I could feel the smile on his face, the self-fulfillment in his voice and the joy in his soft reserved laughter.

I immediately surprised him with a nice gift, and when he called back to say thank you my son – to me that was more than anyone could ever ask of a father at his age. Personally, I can’t wait to be a father too, and just like my father give my family the best gift in life – love and care.

As the world celebrates Father’s Day once a year, perhaps you may not have had the perfect father like me. Perhaps you are even ashamed of him for more of his failures in life than successes. Perhaps you compare him with other dads and feel like he amounts to nothing. Well, the thing is – he’s still your one and only father and you can never substitute him. Resolve today to appreciate your father.

You are what you are today because of the love and sacrifices he made. Even if he never directly contributed to your present success, but he laid the foundation for it, because that’s what dads do, and that’s why everyday needs to be a Happy Father’s Day!