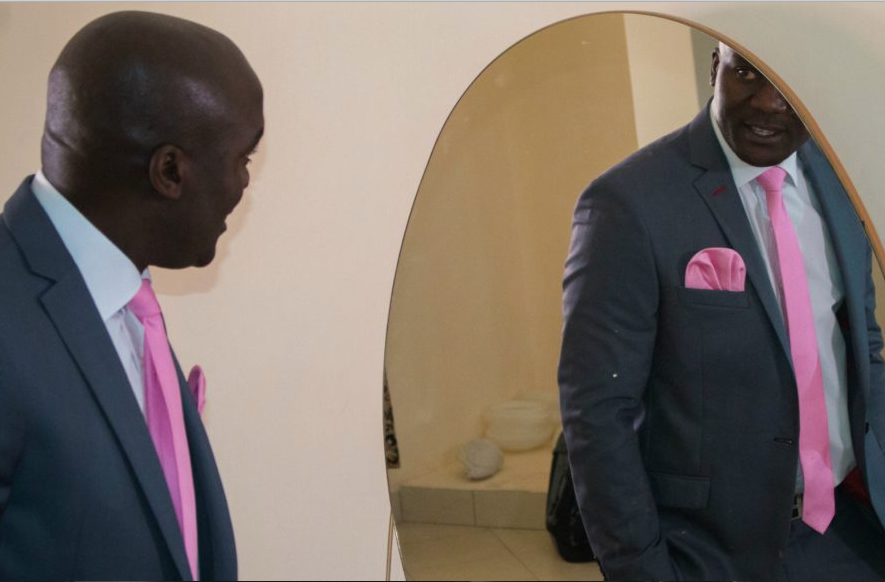 It’s 10-ish. May 12, 2003. I have an appointment with the Station Manager at TransWorld Radio. He sounded like a military chap the previous day on the phone while reminding me to keep time. I am a busy man, you know, he said jokingly though it sounded far from an innocent joke.

In my freshly-minted college mind, I innocently assumed that my scope of work will also include acting as an “intern” or “volunteer” for radio broadcasting-related services. You know like once in a while moonlighting in hosting the Youth Stand Up musical show, or assisting in the newsrooms’ reporting and feature production. But, Oh boy! how wrong was I!

My first day of work was a week later. My fate seemed to have been written in the stars, signed and sealed. I was required to move around carrying a monstrous flask of tea, and serving tea to every soul I bumped into. All this I was expected to do happily, and with the joy of the Lord smacked religiously on my face. Well, to perhaps paint the picture well, even Wafula, the security guard at the gate, I immediately learned was part of my daily tea-service deliverable.

Goodness! Gracious me! I hated what I was doing with all the fiber in my spinal cord. I mean, for the love of Jehova Wanyonyi, I was a college graduate. Educated at the pristine and revered Insititute for Communications Studies and Development. Schooled and trained by the sharpest minds in the communications industry, among them Samson Lipuka and the graceful Esther Adagala.

Well, you can imagine my shock and struggle to accept my new reality. It sucked big time. But guess what I held on. I pressed on. I smiled. I worked. I served that tea like my life depended on it. Well, not that I had any better choices anyway, other than sitting at home and watching for the hundredth time re-runs of Fresh Prince of Bel Air.

This went on for a month. I served tea ungrudgingly and diligently, with the joy of the Lord smacked on my pacified face. I smiled when I had to. Closed my mouth when I was needed to. Laughed diplomatically at boring jokes. Looked down and acted humble when “managers” passed by. Cheered at anyone whose ego and unbridled pride needed to be massaged. Well, during that one month, the closest I came to the studio was when I would be ordered authoritatively and to an extent arrogantly, by the powers that be, to empty the trash bin.

A month later, my opening came, albeit in an orthodox fashion. Allan, the main presenter decided to fall sick minutes before going on air. It was at top of the hour and he was required to read the news and host an interactive one-hour talk show. Suffice for me to say that for a moment, everyone was gasping for air, and presumably sweating in places hidden to the human eye. The Station Manager, a tall chubby fellow with frustrated wrinkles parched on his face looked like a confused army general caught pants down.

He blabbered a few words while slapping me with that look frustrated politicians reserve for journalists after losing an election. I didn’t know what he was saying. So I slapped him back with a blank look women reserve for their cheating boyfriends.

Dammit, I said get into the studio and do the show, he shouted so loud I am sure my grandpa coiled in his grave back in the village.

I was stunned, so stunned I could feel my heartbeat away. In fact, I almost dropped the monster of the tea flask I was carrying. You mean, Me, Douglas Waudo, a descendant of The Great, His Majesty, Your Worship Nabongo Mumia, a mere tea boy was to go on air and host a one-hour interactive show! Chineke! Oooh! My simple village mind was struggling to process what was unfolding.

For the record, this was the most popular show at the station. It was the show that generated most of the station’s income due to high advertising slots. For a moment, which almost felt like 2,000 years, I simply stood there staring at him blankly like I had seen Osama Bin Laden naked in my backyard, all the while I was resisting the forceful temptation of peeing on myself.

Gooood Mooorrnnning Naaaiiiiroobiiii! My husky lunje voice roared in the airwaves moments later to the astonishment of everyone, including Wafula at the gate who used to clobber a whole flask of tea like it was child’s play.

My name is Douglas Waudo, and I am standing in for my colleague, Allan Kipkorir who is under the weather. Now ladies and gentlemen, sit back and be ready for a super exciting show today. But first, here is the news at the top of the hour.

Ooh! Boy! I was in my element and it felt good. For the next hour, I held down the show like never before. The studio telephone switchboard, I later learned almost crashed because of the preposterous number of studio call-ins. The show was fresh, unique and exciting. I was on top of my game. This is what I was born to do.

A circular was sent later on by the Station Manager that it would be an abomination (read against the organization’s policy) to ever see me serving tea again. My contract was ready by end of the day. Mr. Douglas Waudo, Radio Presenter / Producer, TransWorld Radio, my business cards arrogantly read a few days later. My working desk, squeezed at the far end next to the boss was hurriedly set up. I was the man of the moment. The new face of the station. Life was good.

Then the eighth wonder of the world happened.

Out of the blues, I began getting noticed by Kimberly, the salacious accountant who had a waist that looked like someone was choking it, and almost succeeded. In my previous life, I would serve her tea as she looked at me with little interest. In fact, most times I felt invisible to her. Not that it really bothered me. For starters, she was way beyond my league. To have an ordinary, piddling, mere tea boy oil the groins of an accountant like Kimberly will be to foolishly stretch the confines of imagination, and a total waste of fantasy. Secondly, I had learned long time ago growing up in the village while battling malnourishment and jiggers as I devoted my entire existence in trying to bag Nafula, the then village Ivanka Trump, that not all that glitters is gold.

Anyways, for some reasons only known to her, soon after my from-tea-to-studio story, Kimberly began slapping me with those little girl-ish wicked smiles, while desperately trying to indulge me in little chit chats. She would enunciate about her heart dancing on her palms whenever she heard my voice on air. Luckily, mama taught me right. Be careful about big-legged women in Nairobi. Mama would warn me anytime she got a chance to sneeze. Well, mama, I did my best to keep off Kimberly but my flesh eventually became weak, or rather, her resolve to bag the hottest man on radio prevailed.

We kissed a month later at her office.

Frankly speaking, I don’t know how it all panned out. (Hehe! trust a man to feign ignorance). All I know she was doing her usual flirting thingy, only that this day it was different and amplified. For starters, she wore her skirt seven inches above her knees so that it cropped up her thighs when she sat down. Her exposed lecherous nice, long and sweet legs were irresistible and ravishingly hot. As much as my spirit was unwilling, the flesh finally gave in.

I devouringly planted a passionate, wet, migingo-island-ni-yetu kiss on her holmberry Kalenjin lips. She took 167 seconds to catch her breath. I honestly believed her ancestors back in Uasin Gishu County actually felt her breathing at that moment. She then looked at me with renewed interest, suggestively to have found a boyfriend material, or better still, a father to her future children.

Unknown to her though, to me, she was simply an object of my admiration and selfish desires, and not necessarily someone I would confidently take to mama to the village as Mrs. Waudo. For crying out loudly, mama would immediately get a heart attack by virtue of her exaggerated red lip that looked as if she had chewed on raw human flesh. And since I loved mama with all my being, I wouldn’t want mama to summon herself to the afterlife because of my selfish evil desires.

We flirted for two months, nothing serious before it was time to move on to better things. A year later, I was on KQ Flight 341 heading to Asia. It was time to upgrade my academic papers.

I remembered this story because today marks exactly 15 years since I showed up at the doors of TransWorld Radio, and that experience of serving tea was utterly essential in making me the man I am today.

It’s there that I learned, perhaps the greatest lesson in life: humility. James 4:10 says humble yourselves before the Lord and He will lift you up. While Zechariah 4:10 says don’t despise humble beginnings. Most of us are locking out our promotions, success, and greatness because we are too proud and egoistic to start with humble beginnings. We are busy chasing and waiting for big moments in life, forgetting that a tree begins with a seed, a tower starts with the foundation, rain begins with the clouds, and morning comes after the night. Don’t be too proud to start at the bottom.

To the then TransWorld Radio Station Manager, Eric, if you are reading this, I salute you, sir!

Wow.. Quite Motivating and Inspiring. “It’s true pride comes before a fall” and Humble beginnings leads to greater things! Thanks for the article..

Nice piece…..so have you managed to meet Kimberly ever after. Did you continue talking to her while in Asia.
The story is nice….I wish we have part 2 to hear much about Kimberly…..
Many thanks

Don’t be too proud to start at the bottom.
Amazing read and very inspiring.
Good job Douglas

Indeed my elder brother you have put an indelible mark in my life with your story. This day am putting out my comment was no easy! Actually have wondered why I never read this script earlier because this was the rightful day. Atleast have ended my day with an inner satisfactorily smile. Thanks.